Stories of kindness, changed lives, and serving the people around us

Here at Vineyard 61 compassion is one of our highest values and we love taking time to help people in our local communities. Take a read of some of these stories below and get in touch if you’d love to join our amazing Love Your Neighbour team to help with future projects. 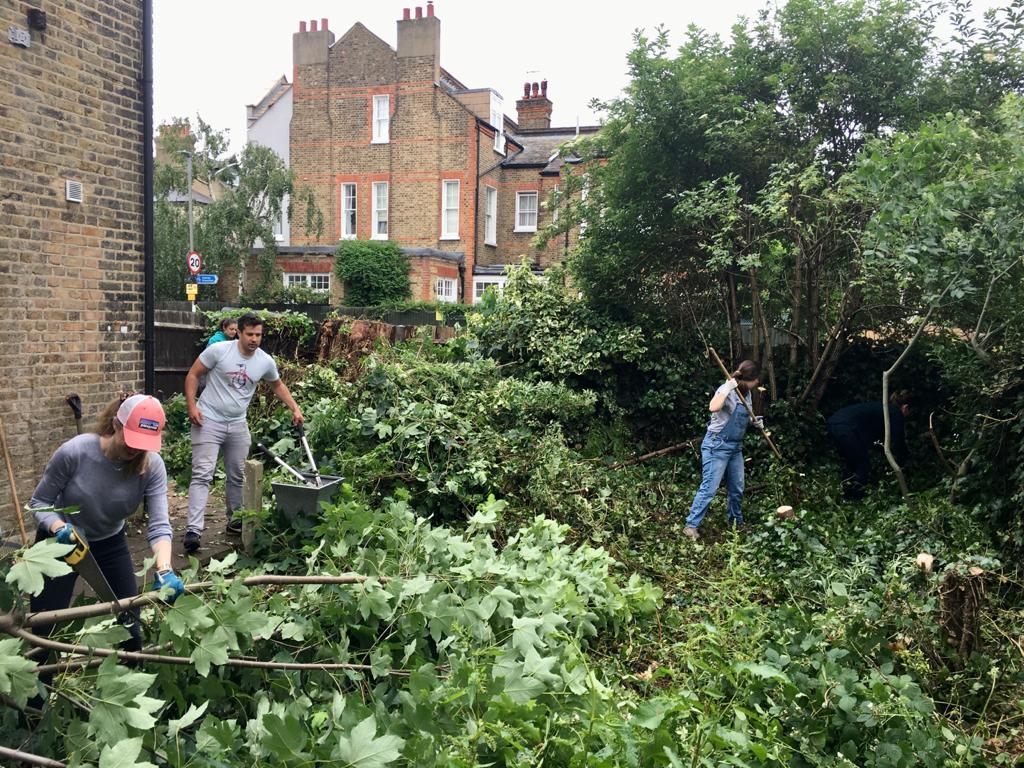 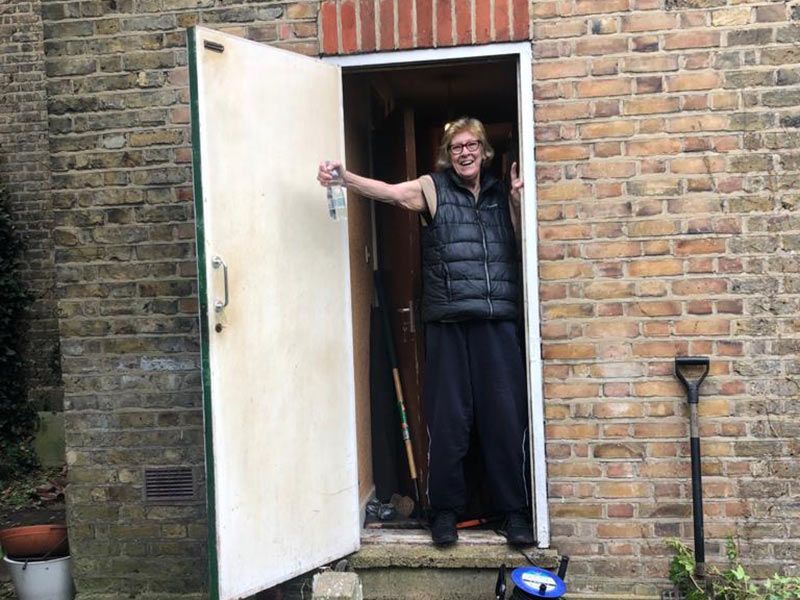 Elaine first connected with V61 through the job club, getting help with her CV. Now Elaine comes along to the Hub at the URC in Balham every Monday, a community space open to everyone. “I love coming down because when you’re on your own, it’s nice to have people around.”

Elaine has had a very tough year so far. Her son very sadly died in January and in February she had a bad burn accident, leaving her “emotionally and physically exhausted.” Elaine’s home was full of her son’s old things which needed sorting – an emotional process. “I hated throwing his stuff out, but there was so much of it. So I’m just keeping his awards, photographs and memorabilia.”

On top of this, Elaine also needed to replace her old windows, but couldn’t because her garden was so overgrown – “it was a jungle!”.

Elaine couldn’t do it all on her own, so she reached out to Kristen for some help.

“I’ve known Kristen for ages. I knew that I needed help and that I couldn’t do it myself. I’m not physically able to do it! I contacted her and said, would you be able to help? And she rounded up some volunteers… and they came, they saw, they conquered!”

Over two sessions the amazing volunteers cleared the garden – an epic job – and hired a truck to take all the garden waste away, along with many bulky items from inside her home.

“When the volunteers were helping to clear the garden – which was absolutely amazing – I gave them all a little goodie bag. It’s the least I could do. People were giving up their Saturdays! There’s just so much kindness out there, and there’s no shame in saying ‘I need help’. I’m very grateful to everyone at V61.”

The next stage of helping Elaine will be to continue to help her maintain her garden.

If you’d like to help with the Elaine gardening project or any other Love Your Neighbour projects we’re running, or if you need help, please get in touch with our Compassion Manager Kristen below. 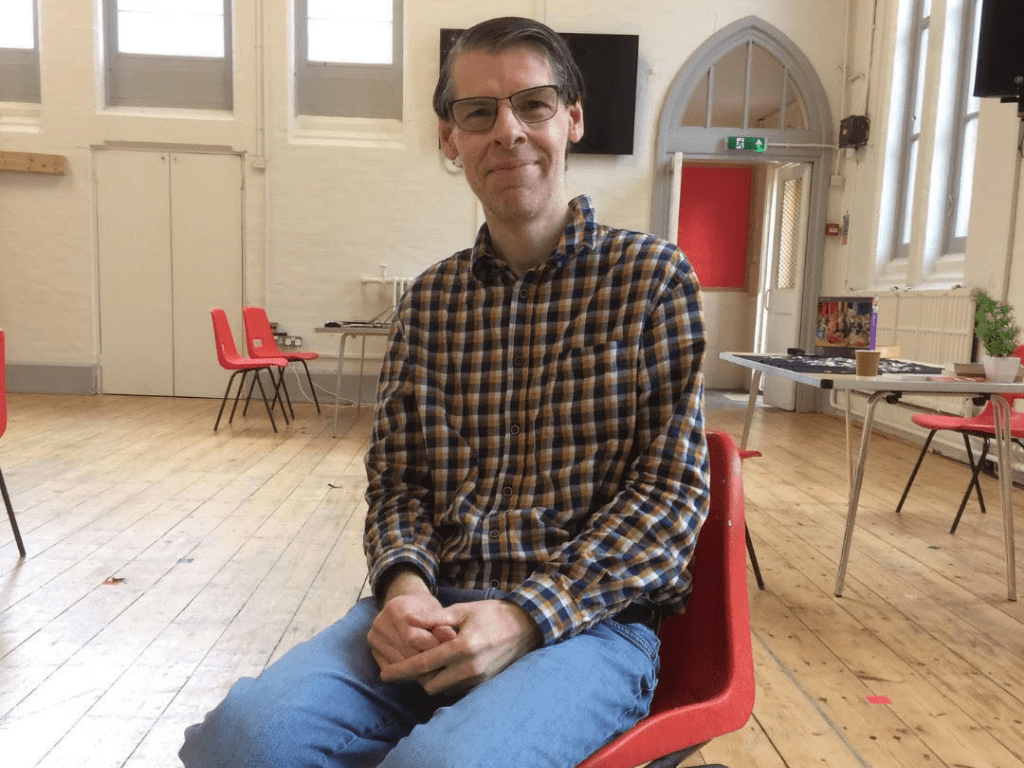 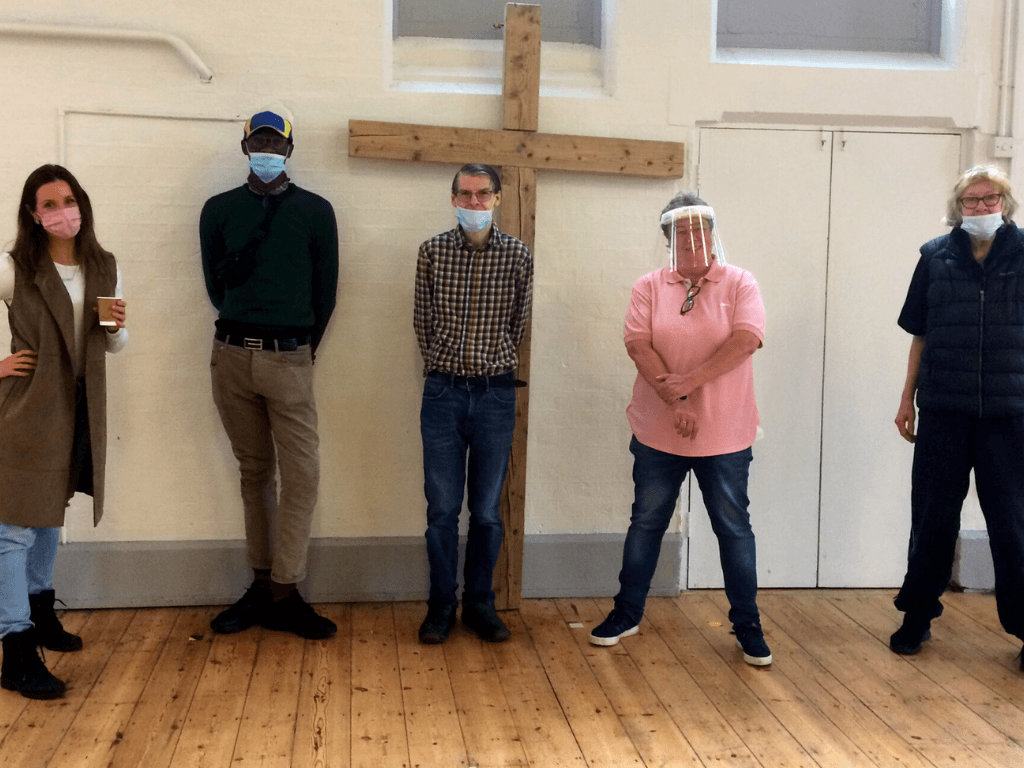 Geoffrey is one of the most helpful and kind people you’ll ever meet. We love having him in the V61 family. Here’s a little bit of his story.

We first met Geoffrey in March 2017, when he came to the Balham Job Club. Even though Geoffrey had come along to look for a job for himself, he was always willing to help others.

It wasn’t long before Kristen noticed his talent for IT. “She said, ‘Geoffrey, you could really help people out with IT.’ If anyone had a problem printing or anything else, I could guide them in the right direction.”

Over the lockdowns, Geoffrey, along with some other wonderful members of our church, became a 1-1 coach. Geoffrey was paired with someone who was looking for a job and had contacted us asking for some support. “We had a telephone call every Monday, just to find out how he was progressing with his job search.”

“I’d never done coaching before. Maybe I was a little bit nervous, thinking, I couldn’t do coaching. But it sort of grew on me.”

Now Geoffrey is part of the core team that runs the Hub, our community space in Balham that happens every Monday 11am-2pm. He loves being part of the team. “It’s very rewarding. It’s so great, such a great feeling.”

And when asked what he loves about the Hub, Geoffrey said “It’s the atmosphere, talking to people and getting connected to people. Bingo is the liveliest part of it, but I love just interacting with people and the social atmosphere. Anyone is welcome. It’s the most integral part of the week, doing something useful and helpful. This is the best place to be. If I did this 5 days a week, I wouldn’t mind.”

It’s been great seeing the change in Geoffrey since he first came along to the Job Club. “Over the recent years I’ve gradually built my self-esteem and confidence. This was a nice place to come when I was a client looking for a job, but it’s lovely to be on the other end of the scale, part of the team.”

And he recognises that it was the encouragement of others that helped him to see more potential in himself. “I feel that if it hadn’t been for people like Kristen and other people here, I would not be in this place now.”

Thanks Geoffrey for sharing your story! Come on down to the Hub on Mondays between 11am and 2pm – everyone is welcome!

More about the Hub